A Man Of The Crowd

‘A man of the crowd’ is a response to everything I have felt, seen and experienced in the last couple of years. The works have been informed directly or indirectly by elements from my surroundings, travels, everyday occurences and tragedies, memory, news, social media noise, friends and family (and self in some cases) The impact of politics, economy, idea of development and smart cities – themes I have been dealing with over the last 2 years – have found their way into these works. A feeling of disillusionment, insignificance, futility and skeptical optimism about life in a metropolis.

Some of the important themes in this series were density, scale, friction, space and their relationships with each other in the context of the metropolis. That led me to working on a range of canvas sizes from 4 inches X 4 inches to 4 feet X 4 feet. Varying viewpoints and angles were also explored which required me to work in clusters or sets. There are 8 such clusters and more than 50 individual works in all. The exhibit is designed as one cohesive experience because of the nature of the works. Sculptures were also created in terracotta and concrete as an extension to this series.

The show, which gets its title from a short story by Edgar Allan Poe, consists of a body of work that underscores the artist’s broad practice that brings together art and design. Kulavoor’s unique observations of urban spaces – a landscape he is intimately familiar with – and his depictions of the diverse characters that inhabit these spaces, define the visual vocabulary of this show.

For this body of work, created over the span of a year, Kulavoor took a step further away from his regular practice as a graphic artist and illustrator, choosing instead, to embrace paint on canvas. He also created a series of terracotta figurines that serve as three dimensional extensions of the paintings. While the contemporary work of Sudhir Patwardhan and the more traditional compositional strategies of Mughal miniatures served as reference points, this series is a definitive testament to Kulavoor’s sensitive observation of the idiosyncrasies of a metropolis and the myriad characters that inhabit it.

The flat, graphic, gray, surfaces of Kulavoor’s canvases come alive with faceless human figures, rendered in contrasting, eye-popping fluorescent hues. These characters appear to be ubiquitous yet carry fascinating personal narratives. These delightful compositions of contemporary archetypes, from the genial “aunty” to the urban hipster, underscore Kulavoor’s fondness for and celebration of cities and their multi-layered identities. 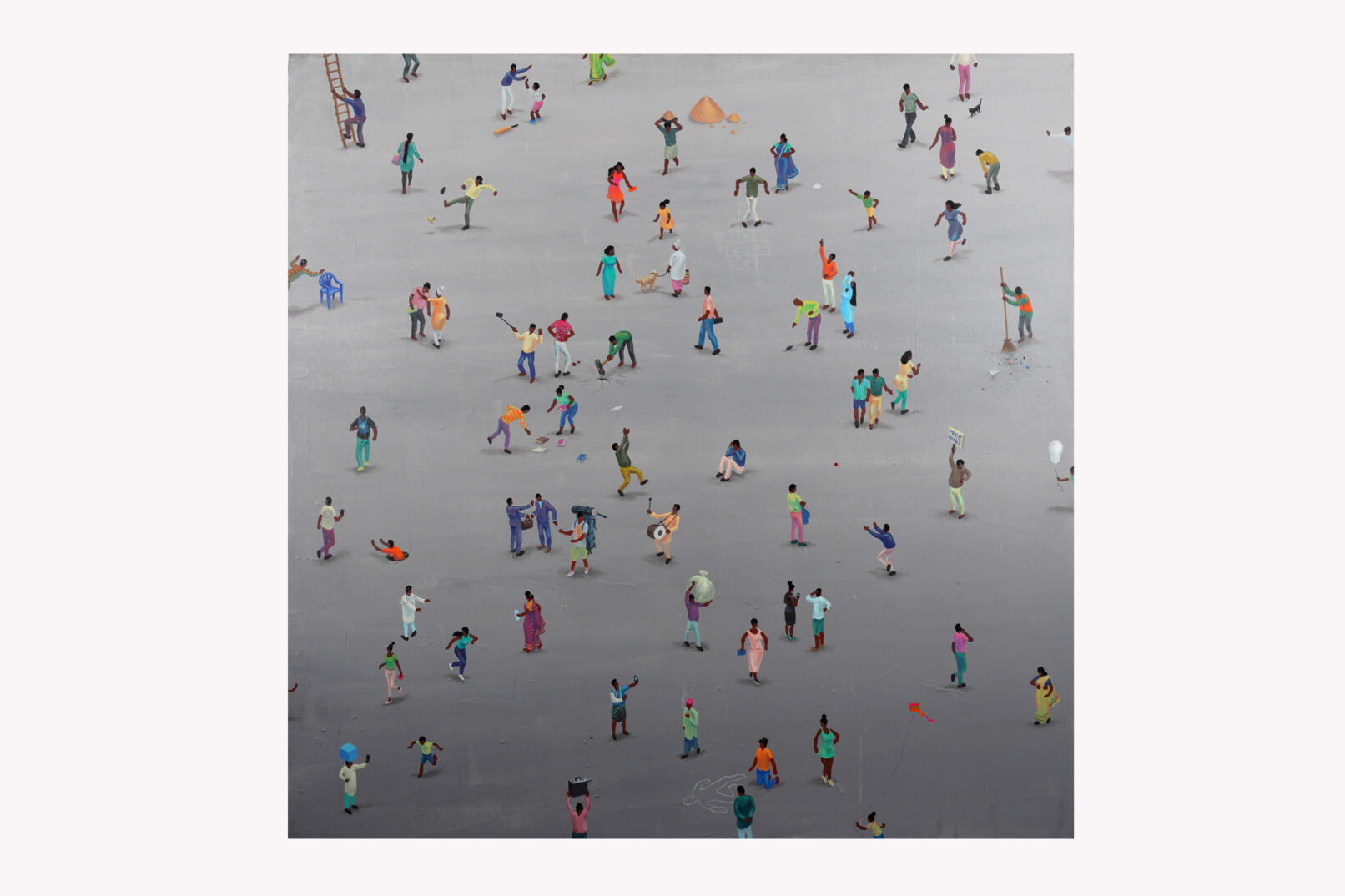 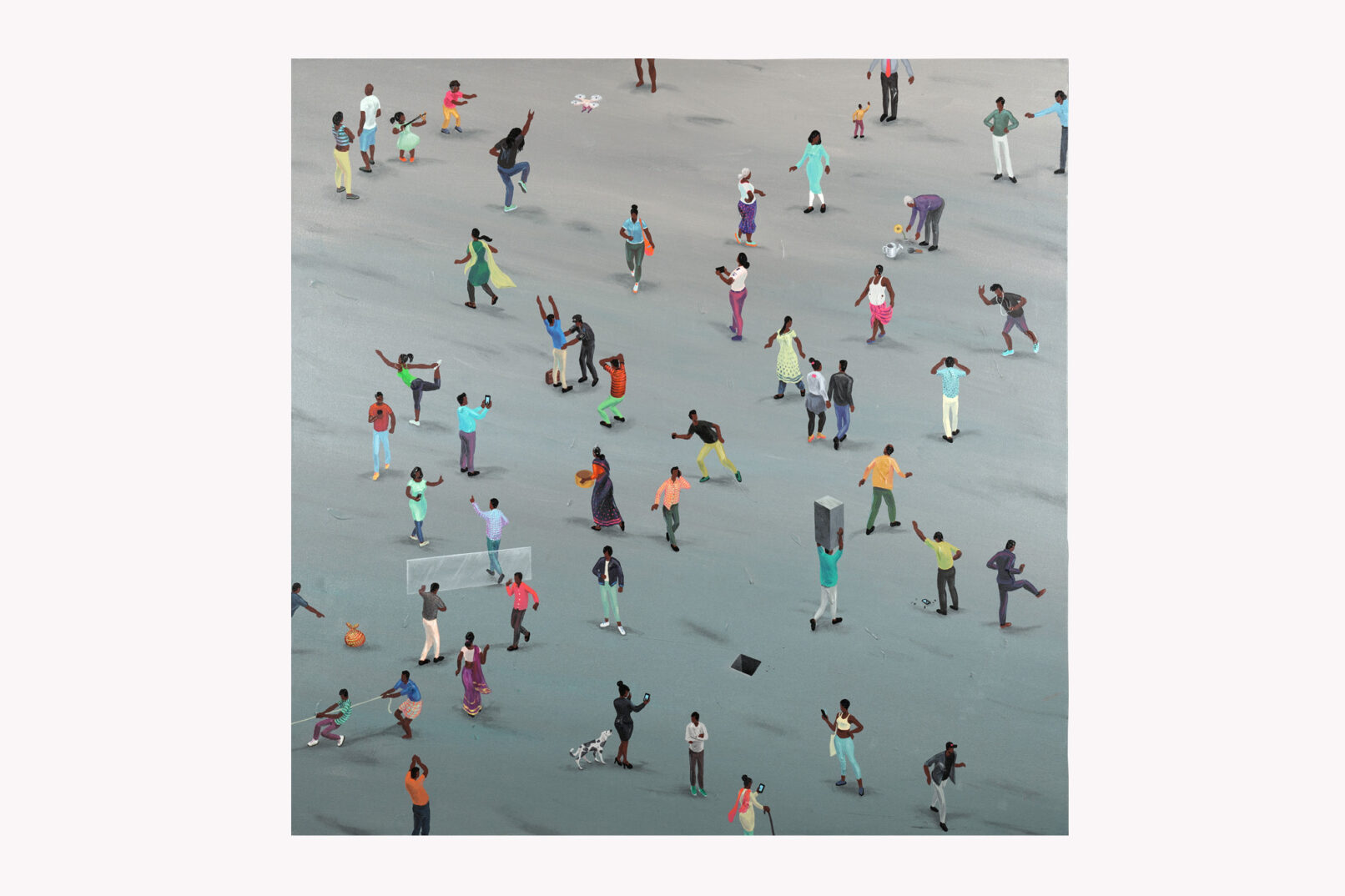 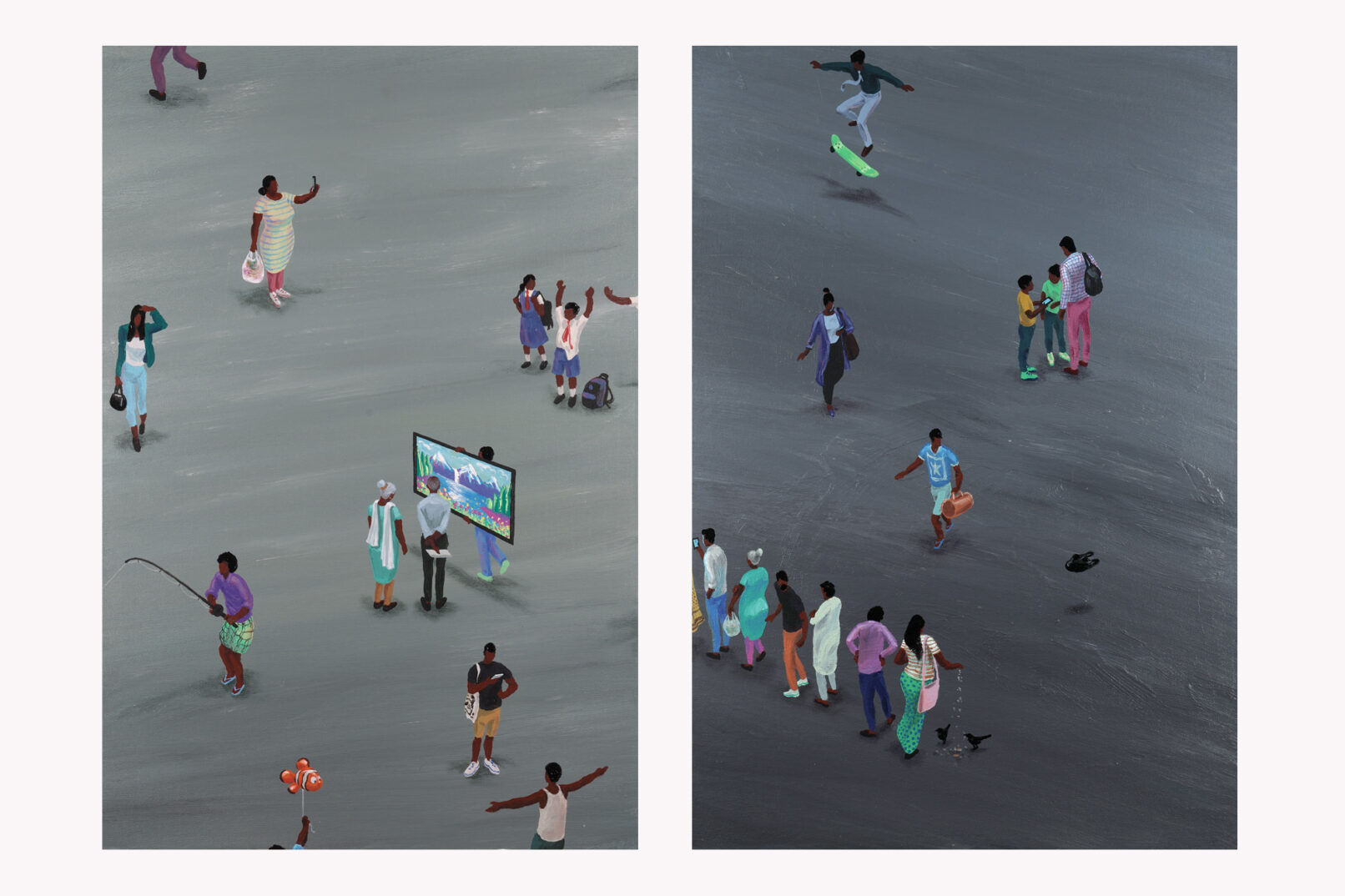 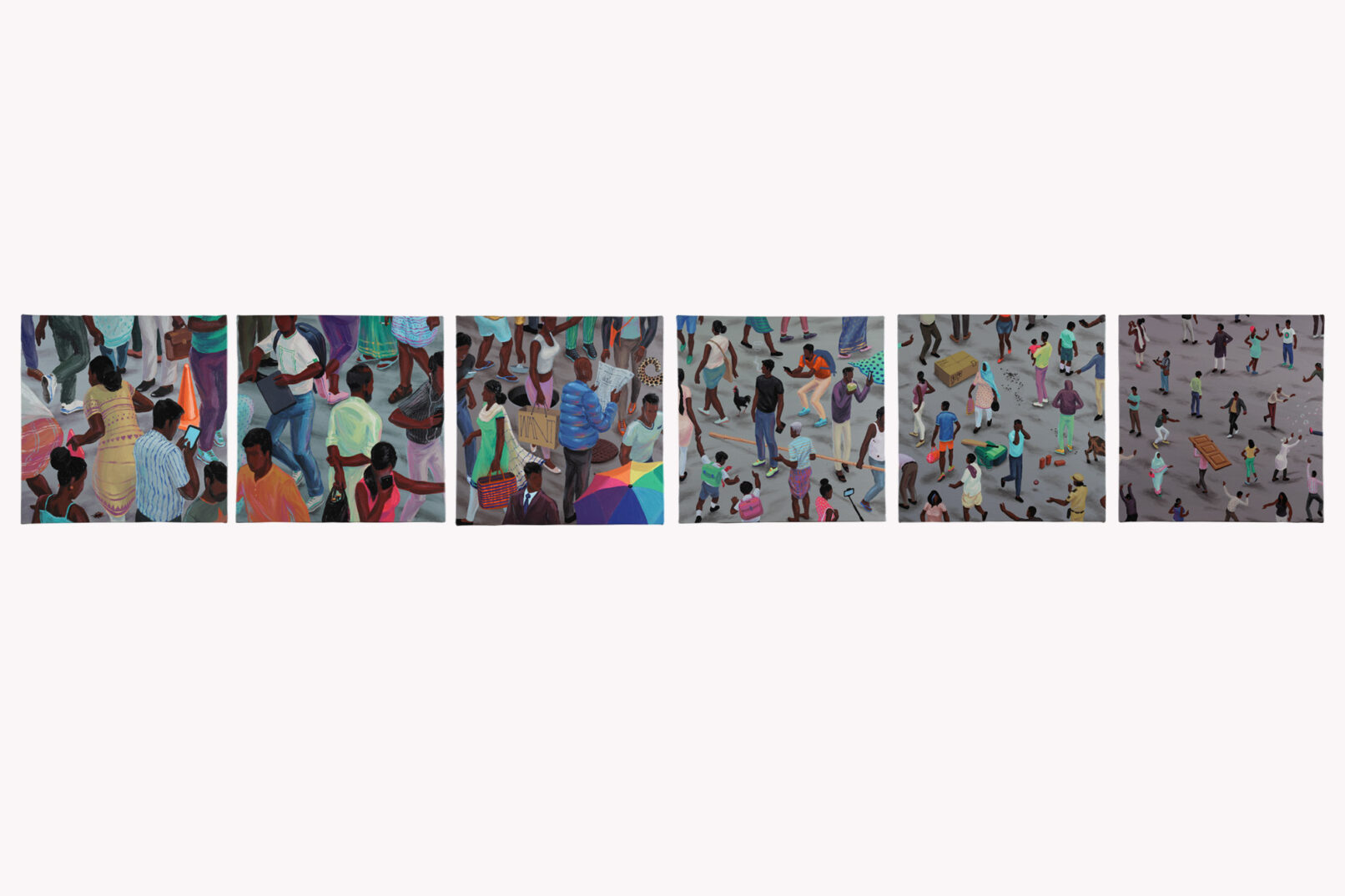 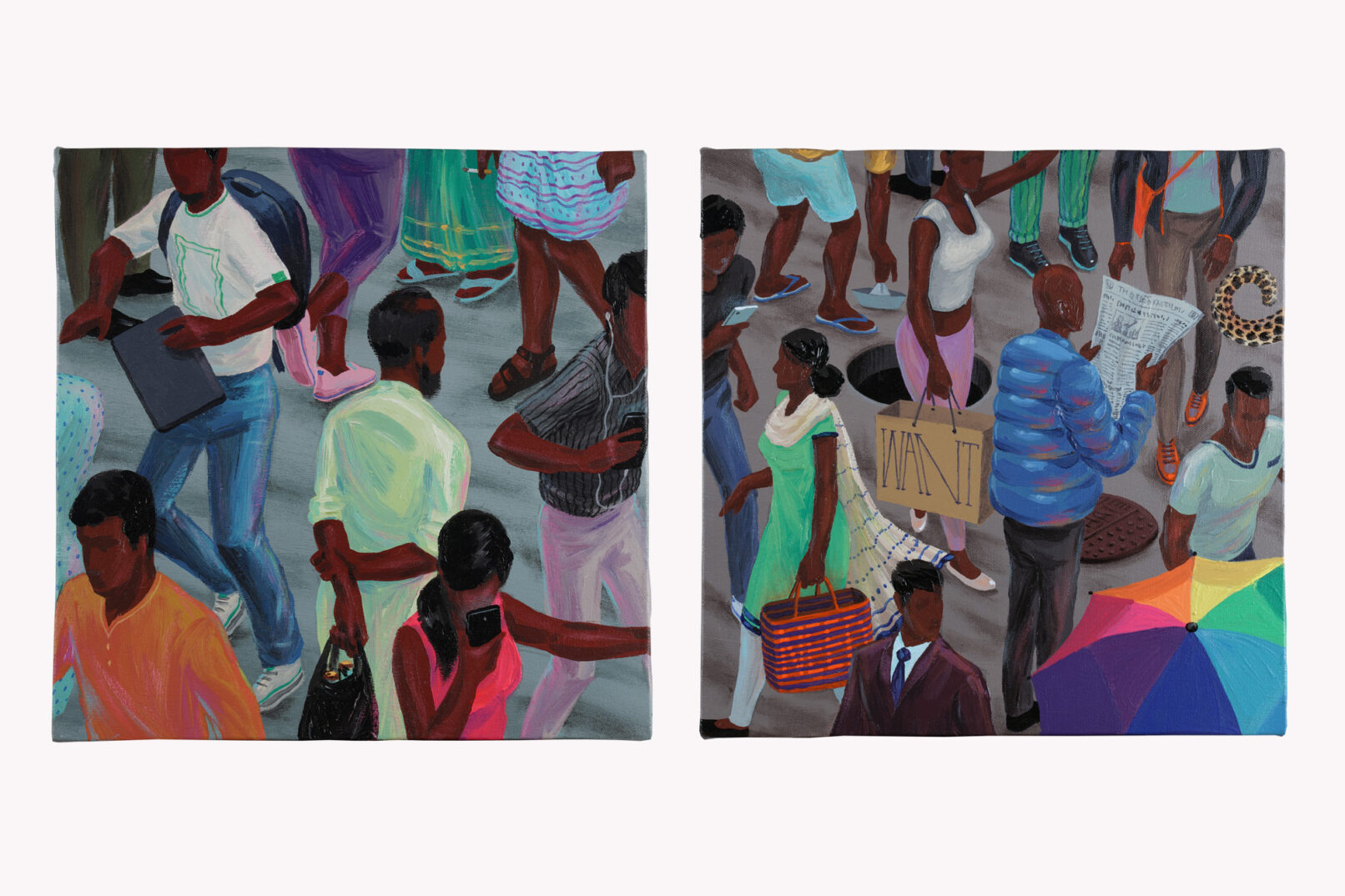 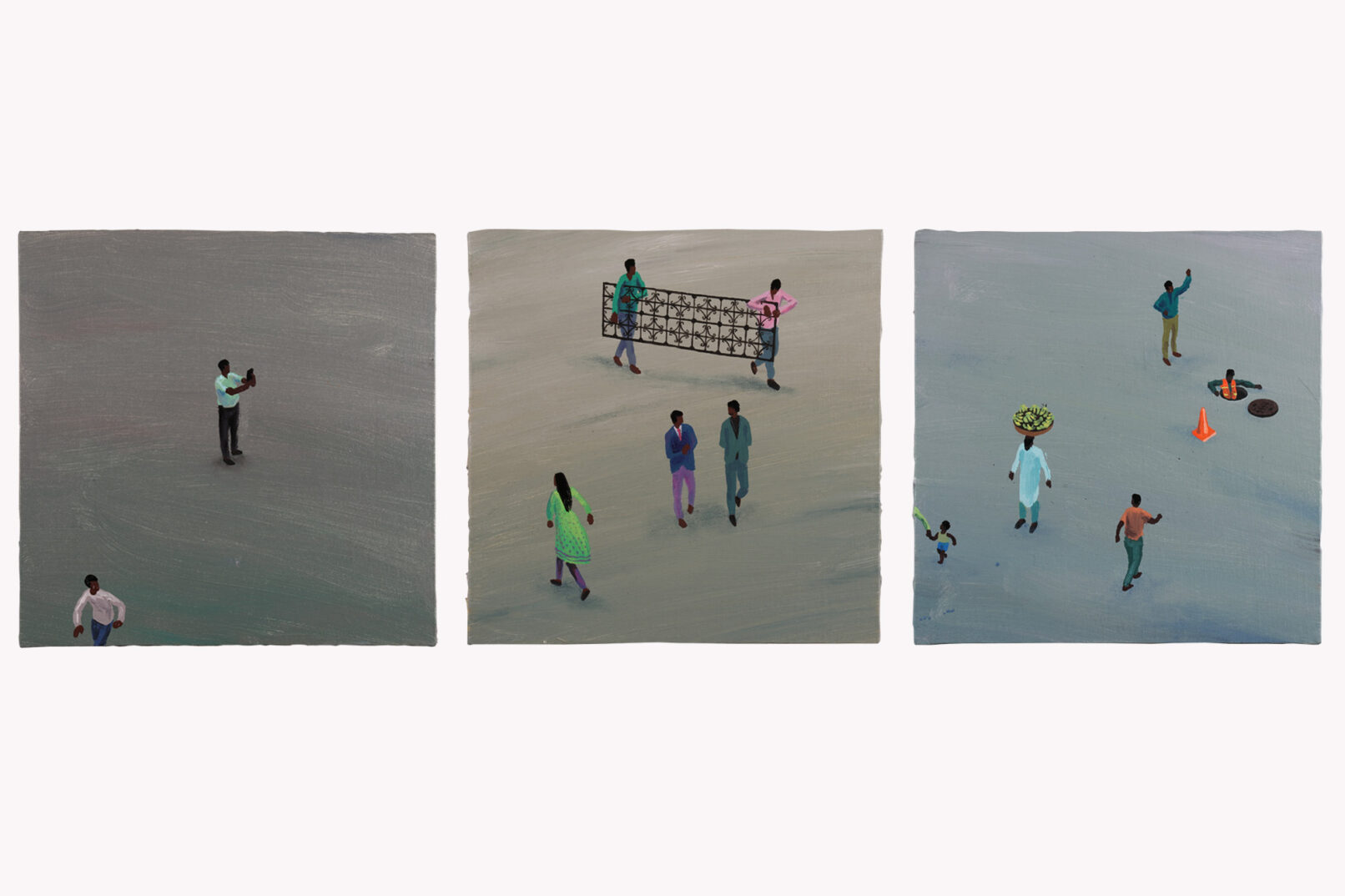 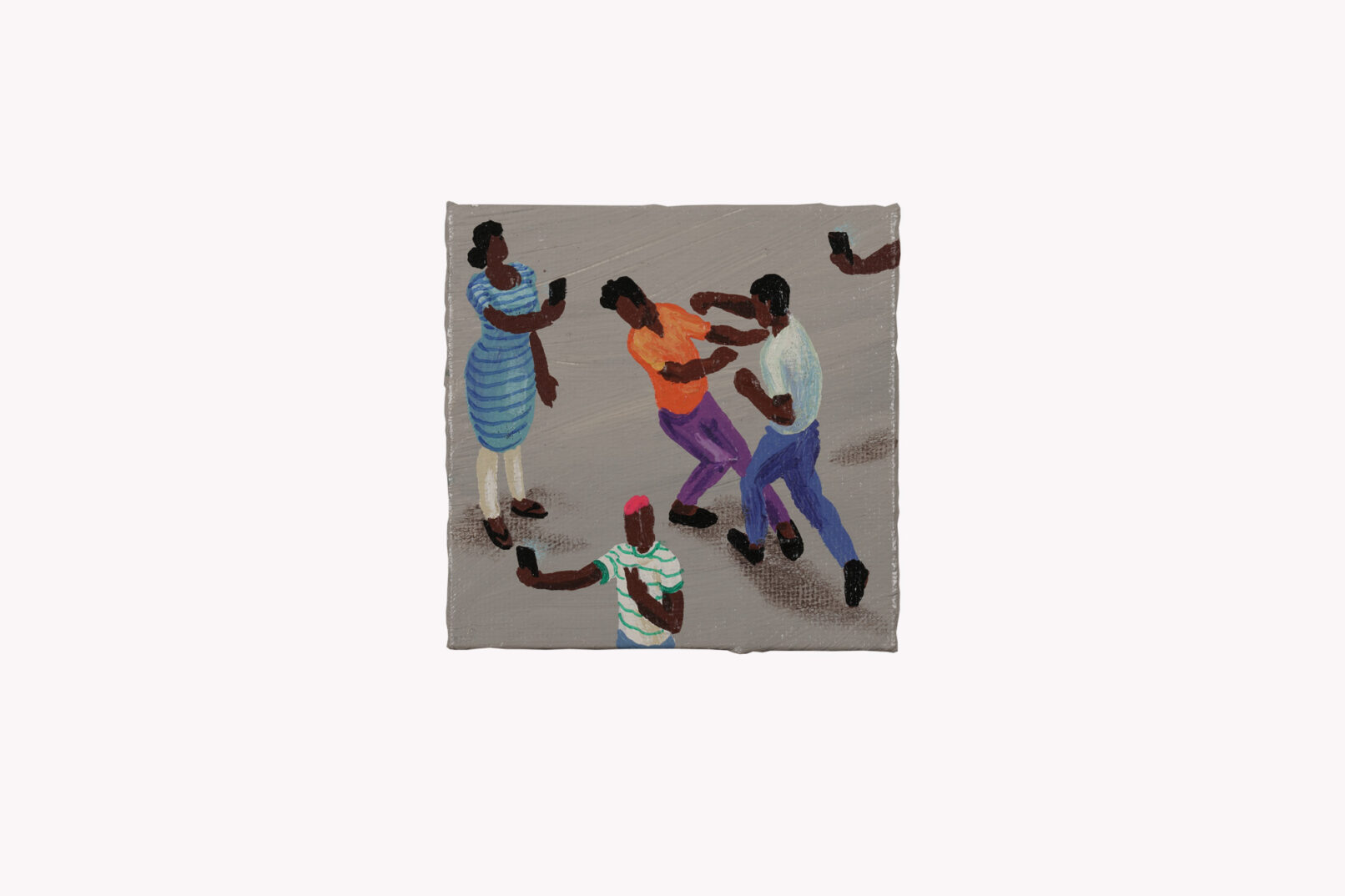 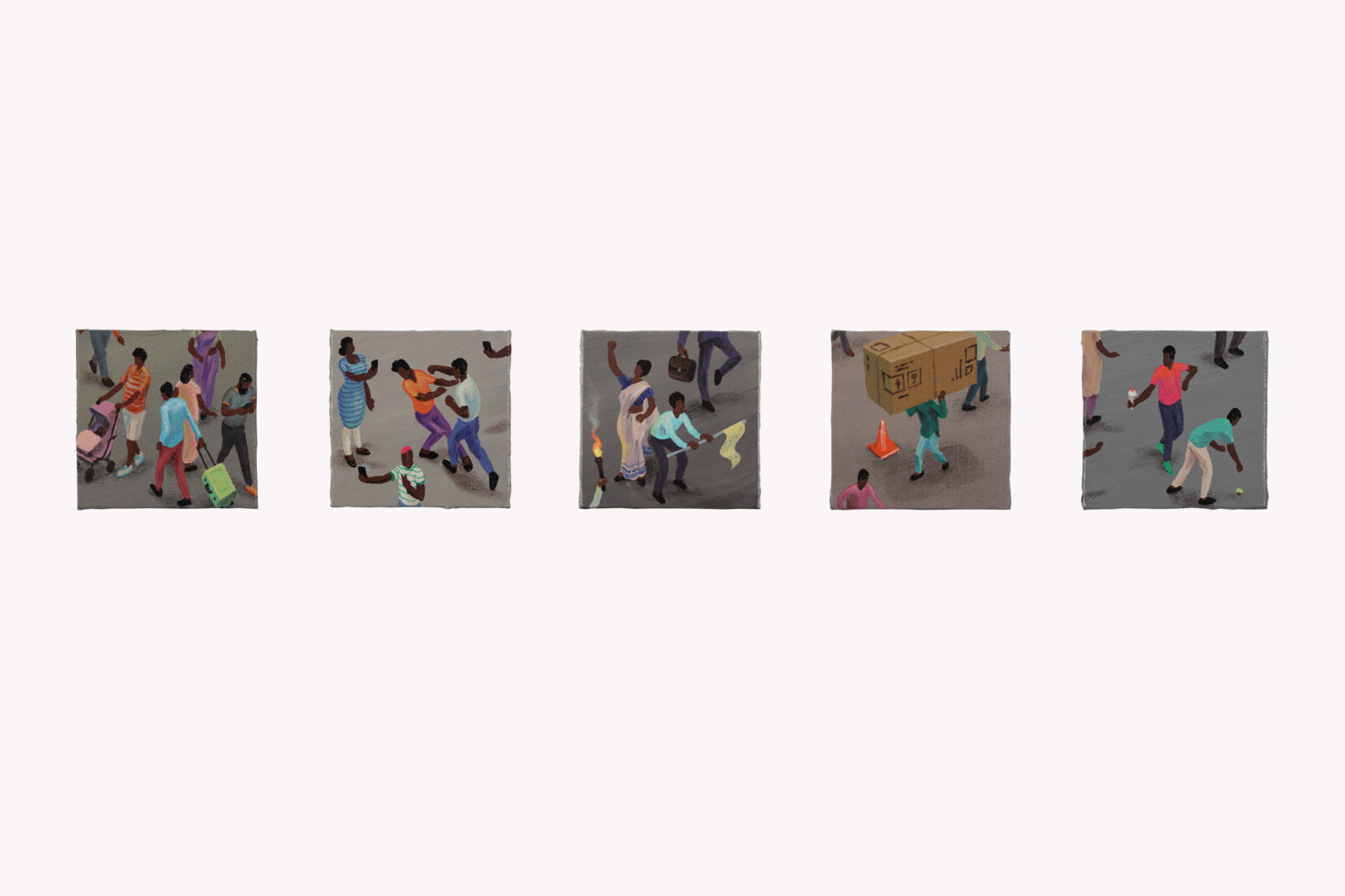 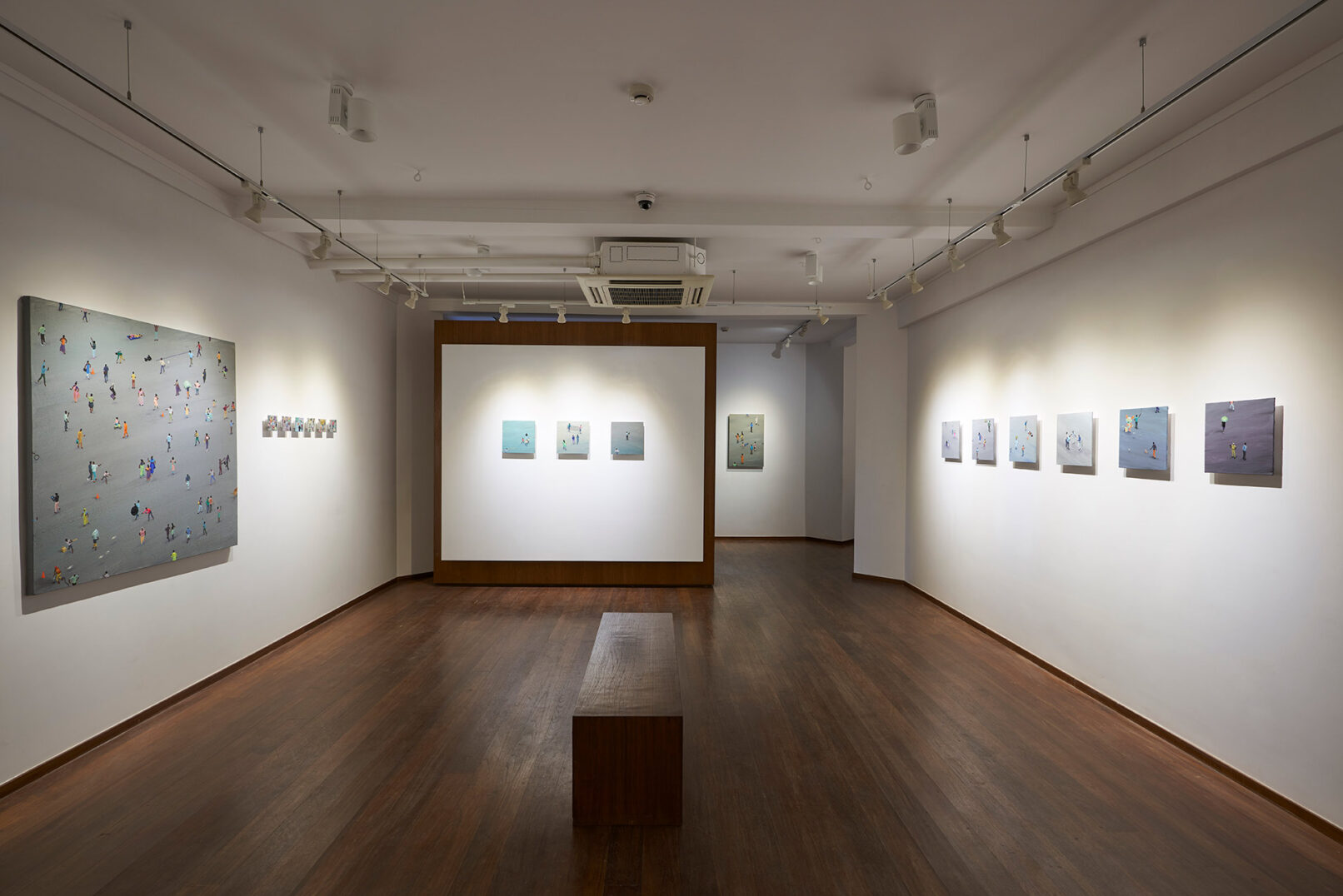